← more from
Nonesuch Records
Get fresh music recommendations delivered to your inbox every Friday.
We've updated our Terms of Use. You can review the changes here. 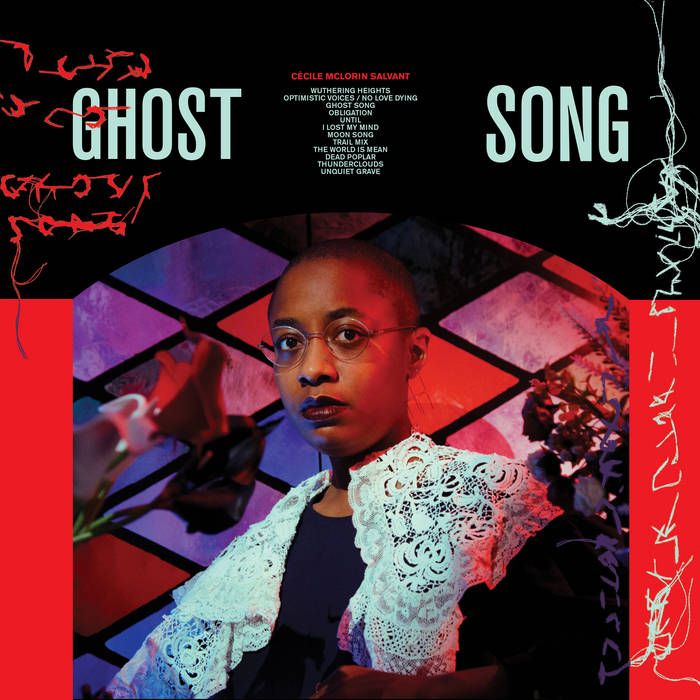 simulations I think my profile pic says it all. Favorite track: Wuthering Heights.

billgorman After Until ( the Bandcamp sample track) I was pretty certain I needed this album. Now back home and listening to it in its full glory. Beautiful.

lj-listens Beautiful, haunting songs that make me optimistic and hopeful despite the dark subject matter in many of the tracks. Favorite track: The World Is Mean.

Ghost Song features a diverse mix of seven originals and five interpretations on the themes of ghosts, nostalgia, and yearning. Salvant says, “It’s unlike anything I’ve done before—it’s getting closer to reflecting my personality as an eclectic curator. I’m embracing my weirdness!”

Ghost Song opens and ends with a sean-nós (traditional Irish unaccompanied vocal style) performance by Salvant, recorded in a church. On track one, she transitions into Kate Bush’s 1978 classic “Wuthering Heights.” Salvant says of the song, “Wuthering Heights is a book that really struck me to my core as I was making this album, during the pandemic. And the best interpretation of the novel is Kate Bush’s song.”

She continues, “It’s the most classic ghost story. I decided I wanted to do an album called Ghost Song, and I knew that one had to be on it. Then I had the idea to mix it in with the sean-nós ‘Cúirt Bhaile Nua,’ which binds it to the traditional ‘Unquiet Grave,’ the last track on the album. The ghost is not haunting me; now I am haunting the ghost. They parallel each other so well and they’re such different time periods. I wanted the album to be a circle, with the sean-nós reference at the beginning and at the end. So it is the first track but it’s also the last track and it’s also the middle track, which is how
I listen to music, walking around my neighborhood, on a plane, travelling somewhere, putting stuff on repeat.”

“All the songs on the album kind of mirror each other. I tried to create this strange symmetry. So as you go in from both ends, the songs are sort of matched together,” Salvant says. “‘I Lost my Mind’ is the center of the Russian doll. I wrote that in the middle of the pandemic. There were nights when I wanted to just scream. It was this deeper part of me saying, ‘It’s OK if this sounds completely crazy, OK to just go with the completely crazy thing and not worry if people think you have lost your mind for doing it.’

“The bands also mirror each other from top to bottom. In terms of the instrumentation, everything,” Salvant explains. “That’s why the songs are there in that relationship: they match each other, they’re like fraternal twins, or one is the evil twin of the other. I, as the living, am visited by the ghost, and then I go visit the ghost in turn. I am haunting the ghost and annoying the ghost, which is saying, ‘Get out of here and go live.’”

Bandcamp Daily  your guide to the world of Bandcamp

sndtrak stops by with an Album of the Day Feature of his most recent release, FLIPS V1: Triple Lindy